You are here: Home / Baby / Is a Cochlear Implant Right for Our Son?

Unless you live under a rock, you have probably seen at least one You Tube video showing a cute little toddler sitting on his mother’s lap while the Mom says the child’s name and an audiologist flips some magic switch turning on the child’s cochlear implant.  The child’s face becomes very alert. His eyes dash around to figure out what he is hearing and everyone claps and smiles. People cry. It’s very moving. Voila, the child can hear. It’s magic.

It’s not the least bit magical.

Nor is it as simple as it seems.

Ever since we found out the baby is profoundly Deaf, well-meaning family and friends have asked us if we are going to “get” a cochlear implant. When I tell them that we would not even consider it, people actually act offended. Some people have even made comments that make it sound like we are some how abusing him by not getting this miracle hearing device. Like we are denying him some type of normal life.

In most cases, I just smile and let them know that he has hearing aids and that our primary focus is learning American Sign Language. If I am pushed a little more, I might explain that we don’t consider the implant an option for our family. I don’t normally leave the door open for more conversation because if I did, I might just say something offensive.

Now, I understand that most people watching those seemingly miraculous videos will view the Cochlear Implant as a cure. A device that takes this poor little deaf child and suddenly makes him hear normally. Unfortunately this is just not the truth and the process of getting a getting a cochlear implant is anything but easy and neither is learning to use one. I am certain if the YouTube videos showed the entire cochlear implant process it would not seem so innocuous.

Let me give you a few details:

First the child will have to receive at least one (probably 2-3) MRI’s which will need general anesthesia since babies and toddlers don’t really stay still for 30 minutes. Some doctors will also require a CT scan, exposing them to both unnecessary radiation and another dose of anesthesia. I am not sure about you but I work hard to make sure that I am exposing my child to as little toxins as possible.  I can’t imagine checking into the outpatient on multiple occasions just to see if he is a candidate for the implant. Not to mention all the risks involved with general anesthesia. There will also be other less serious interventions like blood work, IV’s, EKG, EEG, etc.

Once they are identified as a candidate for implantation the surgery will be scheduled. Surgery for children will take 3-4 hours under general anesthesia. During the surgery a 3-5  inch cut is made behind the ear and the skin is pulled back exposing the child’s skull. Then a tool is used to remove part of the the skull bone. This is called a mastoidectomy. A small wire is then placed into the cochlear. Permanently destroying the cochlea. The bone is replaced and a magnet is secured to the exterior of the skull.  The skin is folded back down and stapled into place. The magnet is about one inch in diameter and will actually look like flattened disc on the child’s head.

There is a two week healing process before the child returns for their first mapping sessions. Once the implant is turned on, the child will take part in regular mapping sessions, speech therapy sessions and other intensive types of treatments. They still have to learn to use it. It isn’t like normal hearing.

Does any of that information surprise you?

Cochlear Implant surgery is not for the faint of heart. It is a serious decision that has significant risks. I truly can’t imagine putting my child through such a procedure when he isn’t even sick.

When there is no medical necessity.

Furthermore, cochlear implants don’t come with any type of guarantee. There is no guarantee that your child will speak or even have improved hearing.  CI’s do not fix the hearing loss and they do not let a child hear normally. It is still an artificially created noise. If the CI does not improve the child’s hearing, you are stuck because the other (less invasive) forms of amplification like hearing aids are no longer an option. You are also stuck with that level of technology. Meaning that once the surgery is done, if something better comes along, your ear is running 1.0. 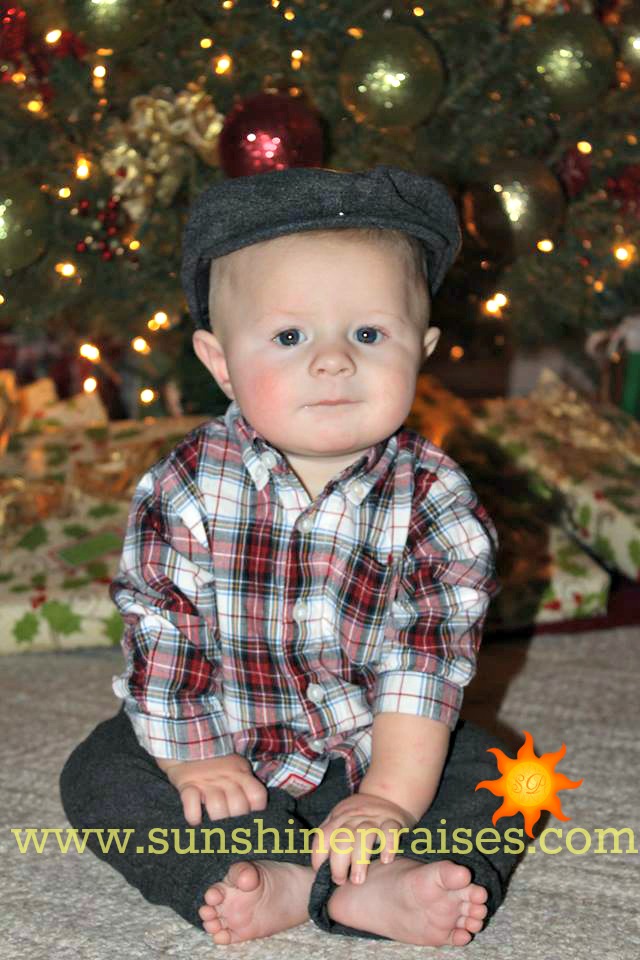 So, here we are at 7 months. We are focusing on building a Bilingual/Bicultural home for our little guy. Our goal is to use all possible resources to help him become successful but the CI is not an option for my family. I want him to run and play, laugh and giggle and know that he is perfect just the way he was born. I don’t want him to spend his babyhood being poked and prodded to try to make him what the world sees as “more normal.”

I hope that this post gives you just a little insight about the truth behind cochlear implants. Feel free to ask me any questions. I am an open book.

I am so humbled and amazed by the traction that this post has gotten over the past 24 hours. In attempt to answer some of the comments and questions,  I have written an Update & Response post. I do encourage you to take the time to read my newest post. Click HERE!